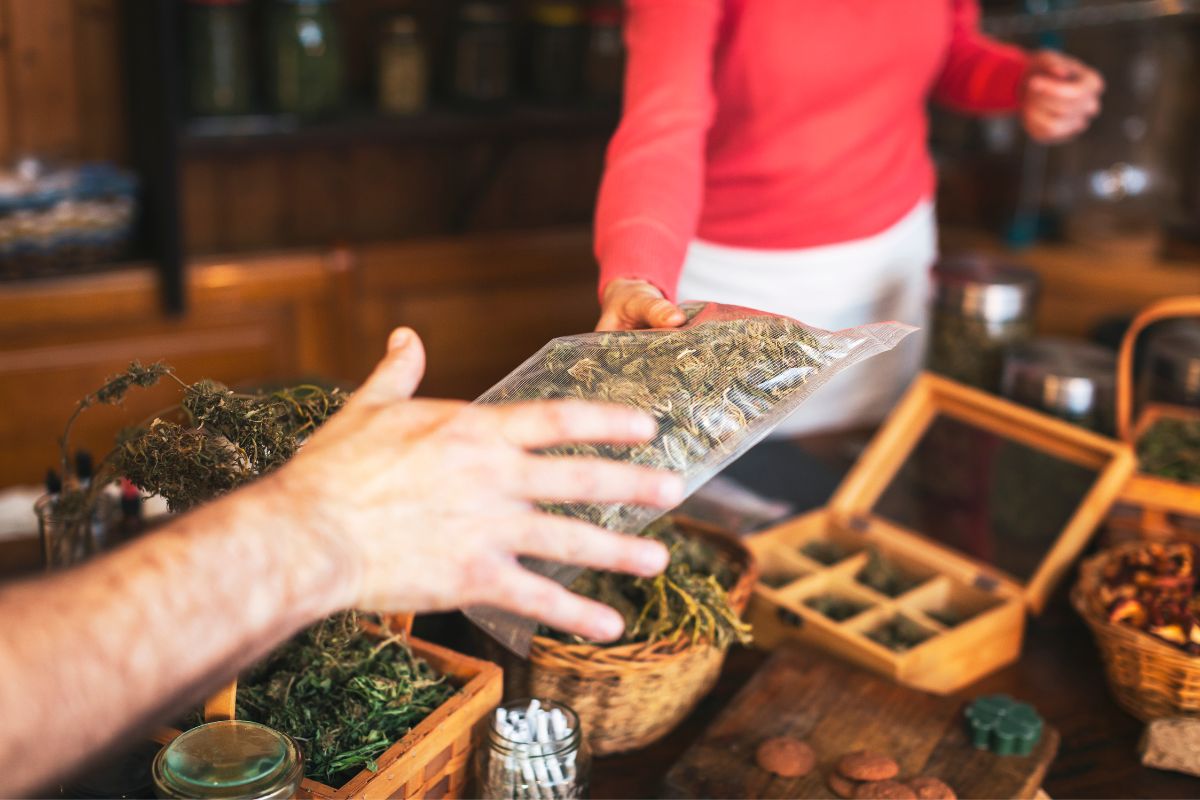 Many states have legalized the use of marijuana, whether this is for recreational or medical use. In those states, dispensaries are constantly adapting and modifying the practice of purchasing buds.

These shops can be an eye-opening experience for those who are acquainted with purchasing cannabis through limited options with sometimes questionable quality from legal, black market tenders.

Although, with so many businesses hopping onto the cannabis trend, it can sometimes be difficult to choose which ones to choose and trust.

Therefore, if you’re looking for the best cannabis-buying experiences, then look no further than this guide.

In this article, we will explore the 10 best cannabis stores you can visit today – making sure to take into account the best environments, amazing staff (Check out How To Staff A Diverse Cannabis Company), and extensive inventories of these stores.

Let’s get straight into it!

Surrounded by impressive glaciers, world-class fishing rivers, and soaring eagles overhead, the rest of the US tends to forget that Alaska joined other states in legalizing weed a few years ago.

This historic, charming mountain town is located approximately two hours north of Anchorage and opened a dispensary that can only be described as a general country store of marijuana.

The store is everything you would expect in Alaska: a small, rustic cabin with a little wooden sign reading ‘Cannabis Purveyors’.

The cabin itself was originally built for Ray Genet, an intrepid mountain climber, who unfortunately died on Mt. Everest in 1979.

Inside the store, you’ll find heaps with all the climbing equipment you could need, with a small museum dedicated to Genet and those who made Talkeetna a destination for climbers alike.

Plus, you’ll also find enough weed to make the trip worthwhile from Anchorage. Here, you can purchase a local carved antler pipe by an Alaska Native to smoke your cannabis while watching the spectacular northern lights – it doesn’t get more Alaskan than this!

With cannabis being under prohibition in 1937, it is only fitting that Los Angeles now has a marijuana retail concept entirely inspired by the Jazz Age tea pads which saw Black communities coming together to share a smoke.

This store takes you on a journey through time, with the name being influenced by both American Jazz singer Billie Holiday and French entertainer Josephine Baker.

It comes together to create a welcoming atmosphere for women of color. In fact, it openly encourages this through the catchphrase “Buy weed from women.”

Developed by CEO Whiney Beatty and COO Ebony Anderson, the store carries products that internalize and reflect the diversities of the communities they intend to serve – including Brown and Black-owned brands in particular, with a range of price points suitable for everyone.

It wasn’t long before Las Vegas became the busiest, biggest, most impressive multi-sensory marijuana dispensary in the world.

Featuring an incredible 15-foot LED lotus flower situated on the roof that can change color irregularly depending on those who enter the store, Planet 13 spans an incredible 40,000 square feet.

The light show continues on the inside with an LED water feature, making it the Bellagio of cannabis stores. In fact, the displays are visible to 65,000 hotel rooms in the surrounding Sin City.

The store is everything you would expect from Las Vegas: loud, proud, and LED lights galore. Moreover, it features orb shows, light-up LED flooring, and 16,500 square feet of retail space with 42 open registers.

If you’re looking for a Vegas experience full of extravagance and over-the-topness, then look no further than Planet13.

As the largest cannabis dispensary in Colorado, The Green Solution has definitely made a name for itself in the state.

It addresses a professional advance to the market of marijuana selling while being friendly and approachable at the same time.

The store attracts its customers through its old-fashioned customer service, marketing, and branding – making it both practical and straightforward. Great for those who don’t want to fuss around and simply get what they want and leave.

With an edgy look and a more cutting-edge feel to typical cannabis dispensaries, we are beginning to see a rise in family-owned chains that could be the future of the industry.

Only time will tell, however, for now, they are making a huge impact on the sphere – with fewer gimmicks and more care for their customers.

Located in the funky desert town of Bend, this three-location store is a favorite among both visitors and locals alike.

For the locals, it is one of those stores where the staff will know your name and your exact order, greeting you with a warm welcome each time, and maybe even asking you about your family.

For tourists visiting the area, why not stop at one of the only “Bud and Breakfasts” in the world? On top of the store, you’ll find a quaint two-bedroom apartment at the Westside store which can be rented for the duration of your stay.

The location is the bud and breakfast is conveniently placed near the downtown areas of the Les Schwab Amphitheater and the Deschutes Rivers.

The best part? The hotel is completely weed-friendly, simply collect your supply downstairs and take it to your room to enjoy – you get the best of both worlds!

Previously known as Westleaf, Deibel is an Alberta-based, premium quality, publicly-traded conglomerate that is currently leading the cannabis market in Canada.

The brand’s main focus is to highlight the relationship between music production and cannabis, with its flagship ‘Prairie Records’ store designed to look and feel like that of a record shop.

Here, customers are able to choose the products based on their specific needs and desired outcomes.

Taking a trading approach that is retro and analog cool, it could be considered the very opposite model for quick growth that has been embraced by other leading competitors.

Owned by its parent company, Acreage Holdings, The Botanist is targeted to the socially conscious, urban, and decidedly upscale customers.

Featuring unique woodwork and, of course, botanical elements throughout, these stores take influence from the world of luxury cosmetics, providing their consumers with an experience like no other.

That being said, the brand’s wonder, Acreage, could be considered anything but exclusive – being the largest multi-state owner, vertically integrated cannabis assets and license in the whole of the United States.

New England Treatment Access (otherwise known as simply NETA) is a highly medical-sound dispensary that is the other half of the two stores in Massachusetts, as of November.

Apart from the obvious advantage of lack of competition, this isn’t the only factor making it one of the best stores in America. In fact, located in downtown Northampton, the store features a vertical growing facility in the nearby town of Franking – providing customers with over 50 different strains.

Plus, they offer their customers an impressive variety of products, whether you’re looking to purchase a Rubi vape pen or a kief-rolled joint – you’re sure to find it here.

This interior of the store features a track lighting system with light woods for a relaxing atmosphere that screams professionalism.

Even with competitors planning to open stores in the area in the coming years, this original store is well on its way to outlasting them.

With 14 dispensaries spread across four different states, Good Goods is becoming a rising figure in the cannabis chain dispensary world.

The chain itself is a branch of Viero Health, a physician-led company looking to bring cannabis care to the mass population.

While Vireo Health is a professional and intimidating company, Green Goods is the opposite: offering a casual, warm, and friendly atmosphere to those visiting.

Consistent and reliable are two adjectives that describe Grassdoor, the quick service weed delivery service. In fact, they have an average delivery time of fewer than 45 minutes.

As such, it has quickly become one of the most popular cannabis delivery services in California – carrying a range of products that can be ordered using an on-demand menu.

What makes this brand so successful is its fleet of dedicated drivers – who not only work as drivers but also as mobile budtenders; offering helpful recommendations and providing discounts and referral incentives.

Featuring a real-time customer service counter, an intuitive interface, and a GPS tracking system for your order, Grassdoor is ultimately the easiest and most efficient way of ordering cannabis in Los Angeles.

With the rise in the number of states legalizing cannabis also comes the rise in dispensaries. Depending on the state, each store offers unique characteristics that set them apart from the crowd.

With stores cropping up all over the country, choosing the best can sometimes be difficult. Hopefully, this guide has informed you about the best cannabis stores.