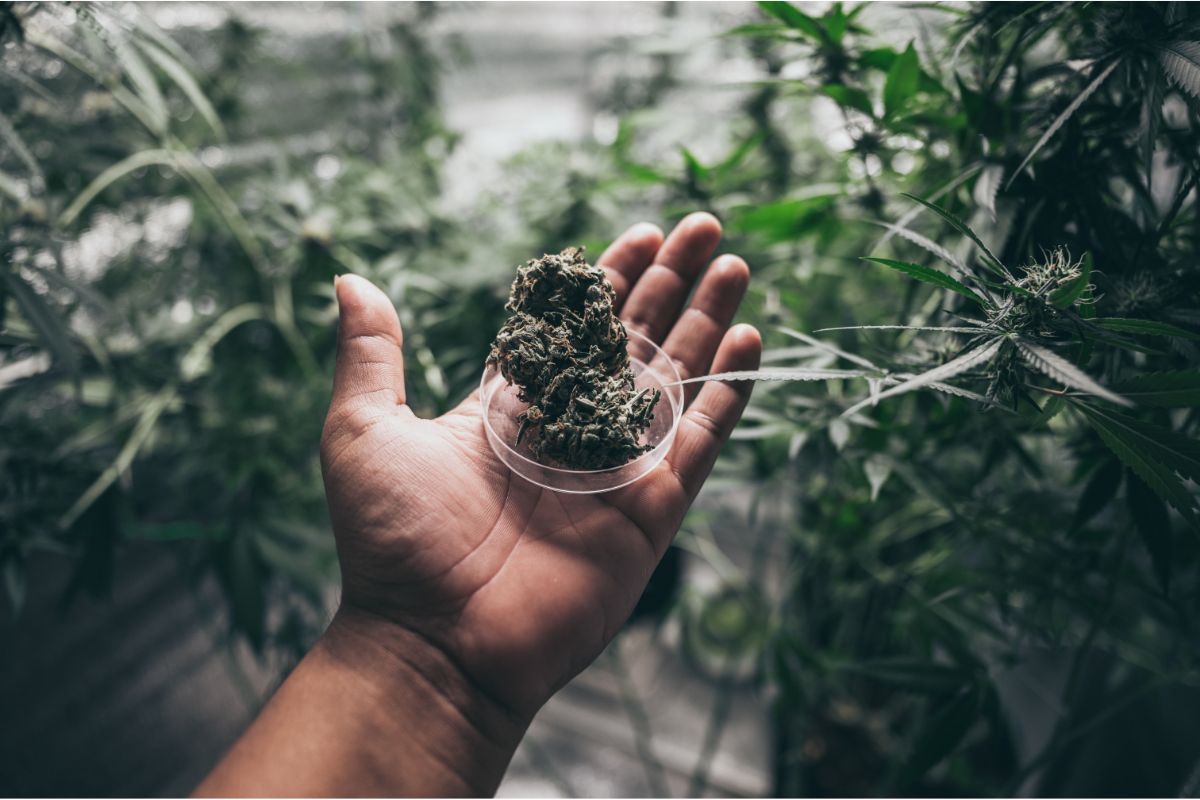 Beware of the creeper weed, like a thief in the night, it lurks in the background waiting patiently until it finds you in your most vulnerable moment before it pounces unleashing its full potential and potency.

As the name suggests, it creeps and sneaks up on you slowly, but once it reaches you, it really packs one hell of a punch. Do not underestimate the lethality of a creeper.

You did remember to actually put the green in the joint right? You look your friend in the eye and you both give each other that look. This is doing nothing!

And then in the blink of an eye, the creeper has done its creeping and you’re both sat on the couch asking your friend ‘when you’re at a restaurant waiting for the waiter, at that moment, are you not also the waiter’ and debating ‘whether a straw has one hole or two’ while guzzling down soda and munching on an endless pit of snacks.

Creepers are essentially the weed equivalent of a jump scare in a horror.

You know it’s coming, the tense music is playing, and the screens gone dark, you’re aware the killer clown is mere seconds away from popping onto your screen. And yet, boom, he pops out and you’re still taken by surprise.

Beware of the creeper weed – don’t smoke too much. And if you do, do so at your own peril. Because it may take it’s time but it always catches you eventually.

And the following strains that we’ll talk about in this article, are well…really quite strong.

If you’ve ever watched the discovery channel, something I’d recommend while smoking, you’ll know that snow leopards lurk, drawing themselves in, only to pounce like the fierce beasts they are when they see their pray.

Well, there’s a reason this strain has it’s name – it’ll do the exact same thing.

You won’t notice much of anything at first, but when this kicks in, oh boy, does it kick in. You’ll want to ensure you’ve got somewhere soft to sink into once you’re riding this high.

It’s a very heavy indica strain that is renowned for it’s ability to give you a real fit of the giggles. But once those chuckles finally subside it’s also a sleeper creeper that will leave you out for count once it’s affects start to subside.

This is another indica strain (Also check out the GKUA Proprietary Strain) which is pretty popular for its gorgeous purple flowers and crystally trichoes.  It’s a pretty old-school strain but it’ll sure do the job.

If you’re particularly stressed, struggling with anxiety or pain, it’s a great option that’ll have you snoozing in no time.

Much like your own Grandad, it’s a little slow to get where its going. But grandparent’s are well loved and this weed is too.

When that high finally hits you’ll be in a total euphoria and you’re body will be so relaxed you might actually want to check that it’s still there.

This creeper has a very fruity and tropical taste, as the name suggests. You won’t have to worry about a harsh taste or nasty cough with this strain.

It’s popular for its anxiety-reducing tendencies and is perfect for those who want to ride out a relaxing and chilled out high for the evening.

As far as creepers go, it’s pretty soft. When this creeper reaches you, you won’t be overly jarred or worried about it sending your head a little west.

It’s a mellowing effect for sure. It will grab you in it’s grasp and force you into the ultimate state of relaxation. It’s an easy breazy life toking on the smooth and soft smoke.

Sticking to a fruity theme, you’ll want to try this strain that tastes just like pineapple, berries, and banana. But while this strain will make you want to forget the last rule of puff, puff, pass, you want to take it easy with Banana Punch.

Once the high finally reaches you, you’ll be out for the count if you over do it. It’s pretty puff, puff, potent.

This strain is perfect if you want to in a state of laughter so strong that you’ll wake up with sore ribs in the morning. It’s a great option for chilling with friends with your favorite songs blasting from the speaker.

ATF, as the name suggests, orginates from Alaska. And you’ll certainly be thanking the Alaskans after giving this a try. It has a very peculiar smell, with it’s intense wafts of pine, lemon, and skunk all mixed together.

It’s well known for giving you a real euphoric feeling that eventually settles down into a heavy relaxation.

And as far as creepers go, this bad boy knowns how to creep. It will seem as if nothing is happening whatsoever, but do not be fooled, because once it reaches you, you’ll feel like you’ve been transported to a whole new world.

Creepers are lethal and you need to keep this in mind when you smoke them.

It’s so easy to believe that you’re not getting any effect while you smoke it which can be ever so tempting to just have an extra smoke or two.

But trust me, especially with these strains, you’ll be wishing you could go back in time and put that second smoke out once the high hits.

Patience is key with creepers. You’re no match for the creeper, it will get you, and if you think it hasn’t, you just haven’t given it enough time.

It’s easy to think that you’re tolerance has overcome the creeper, but the creeper is very rarely defeated.

So sit back, relax,  and wait for that sweet, sweet euphoria that is creeping it’s way towards your brain!