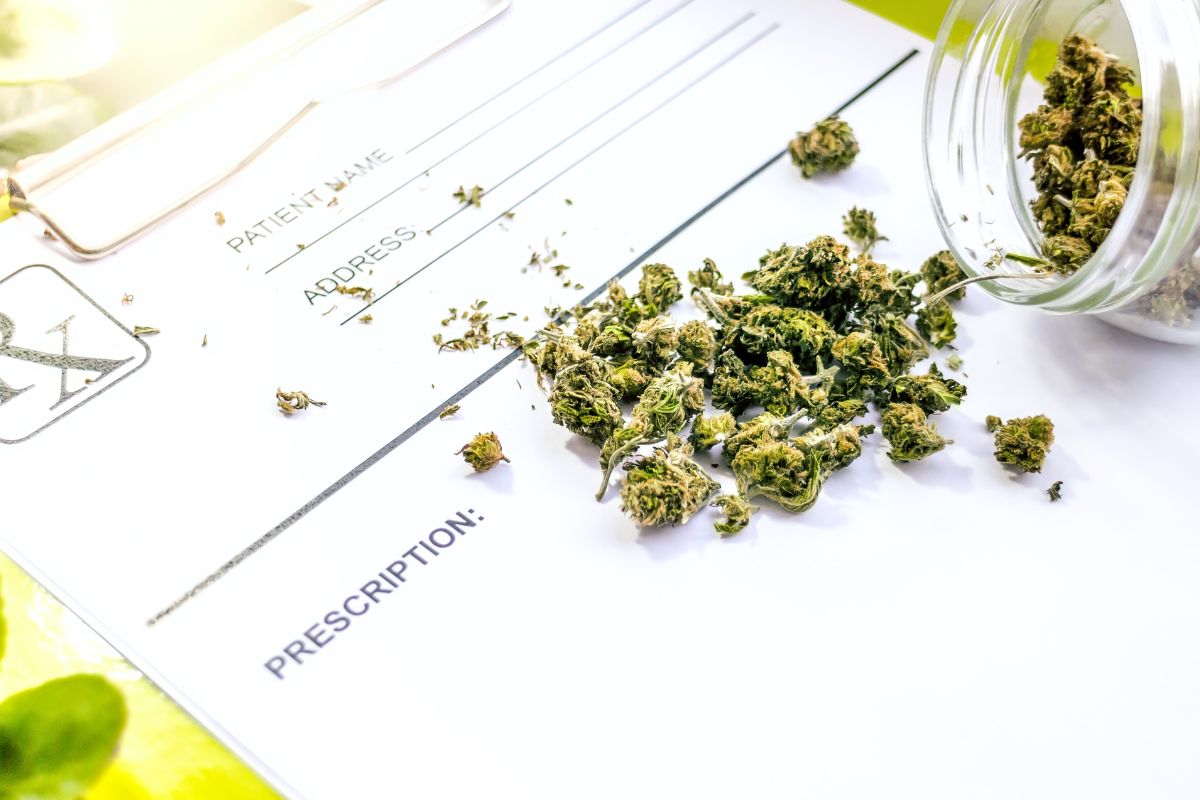 When it comes to using medicinal cannabis, it can sometimes be difficult to understand what the rules are in each state, and if you’re someone who happens to move around quite often, it can be especially hard to keep track of exactly what the rules are.

Some states tend to make use of a tracking system in order to keep a database of everyone who has been prescribed and is using medicinal cannabis.

However, is Oklahoma one of these states that makes use of a medicinal cannabis tracking system?

So, we’ve done all of the research In order to provide you with all of the information you need to know about whether Oklahoma uses a medical cannabis tracking system or not, so if you want to know more, keep reading below!

Does Oklahoma Have A Regulatory Board For Marijuana?

When voters decided in 2018 that medicinal cannabis was going to be legalized with State Question 788, then the Oklahoma Medical Marijuana Authority (OMMA) was created as part of Oklahoma’s Board of Health in order to act as the regulatory agency for the medicinal marijuana program in Oklahoma.

Alongside the OMMA, SQ 788 also led to the state laws which allowed the medicinal marijuana industry to begin in Oklahoma.

Ultimately, OMMA is entirely responsible for processing both commercial and patient licenses and their relevant applications, as well as providing customer service to both applicants and licensees.

The OMMA is also responsible for helping to facilitate the rulemaking process, enforcing these rules, and investigating any potential violations of the rules that may take place.

Do You Need A License For Medicinal Marijuana In Oklahoma?

Since it was first legalized in Oklahoma, patients who have been seeking access to medicinal cannabis would first have to apply for a license with the OMMA before they could go about buying, using, or growing medicinal marijuana and its related products in Oklahoma.

This license comes in the form of a small identification card, which allows dispensaries to validate that the person who is attempting to purchase medicinal cannabis is a genuine patient who requires it.

It’s also possible for law enforcement to request to see this identification card in order to show that you are legally entitled to use and possess medicinal cannabis.

On this card, will be the name, date of birth, city, and county of residence, as well as the patient’s photo.

Also found on the card is an indication as to what type of license it is, when the license expires, as well as the unique medicinal cannabis license number.

Does Oklahoma Have A Medicinal Cannabis Tracking System?

However, now in 2022, the tracking system finally became active.

The idea of the tracking system, which is known as “Seed-to-Sale”, is to help enforce industry standardization statewide, which makes tracking the activity of the medicinal cannabis market much easier.

It also allows for better enforcement of the laws and regulations surrounding medicinal cannabis too, although it’s aimed more toward businesses and dispensaries as opposed to patients.

So, the answer to the question of “Does Oklahoma Have A Medicinal Cannabis Tracking System” is yes, it does. However, many people will get confused and assume that this tracking system is used to track the patients who have licenses to buy and grow medicinal cannabis.

Whereas the reality of it is that the tracking system (Seed-to-Sale) is used to help ensure that businesses and dispensaries are regulated and that the laws surrounding the production and sale of medicinal cannabis are being enforced properly.

What Happens If A Business Isn’t Seed-To-Sale Compliment?

The OMMA isn’t particularly clear about exactly what would happen to a business or a dispensary that isn’t in compliance with the Seed-to-Sale tracking system, however, they do state that any violations of this system will ultimately result in administrative action on behalf of the OMMA, with instructions on what to do being sent via both mail and email should this occur.

It’s important that businesses and dispensaries follow these rules carefully, as it ensures that the medicinal cannabis being provided to the patients is being tracked so that the OMMA can understand the activity in the industry better, which will help them to make more informed decisions surrounding policies and regulations in the future, especially with there being a large push by people for the state to begin allowing recreational usage.

On March 7th, 2023, people in Oklahoma will be able to vote to decide if they want recreational cannabis to become legalized across the state for people aged 21 or over.

It would also mean that people who have previously been convicted of marijuana-based charges would have these charges reversed, and their criminal records erased.

But only time will tell whether State Question 820 will finally allow for marijuana to be possessed legally in Oklahoma.

These licenses are individually numbered, which helps dispensaries and law enforcement check whether the patient is allowed medicinal marijuana.

But the only tracking system is in the form of Seed-to-Scale, which helps the OMMA to regulate and track Marijuana production and sales activity across the state.