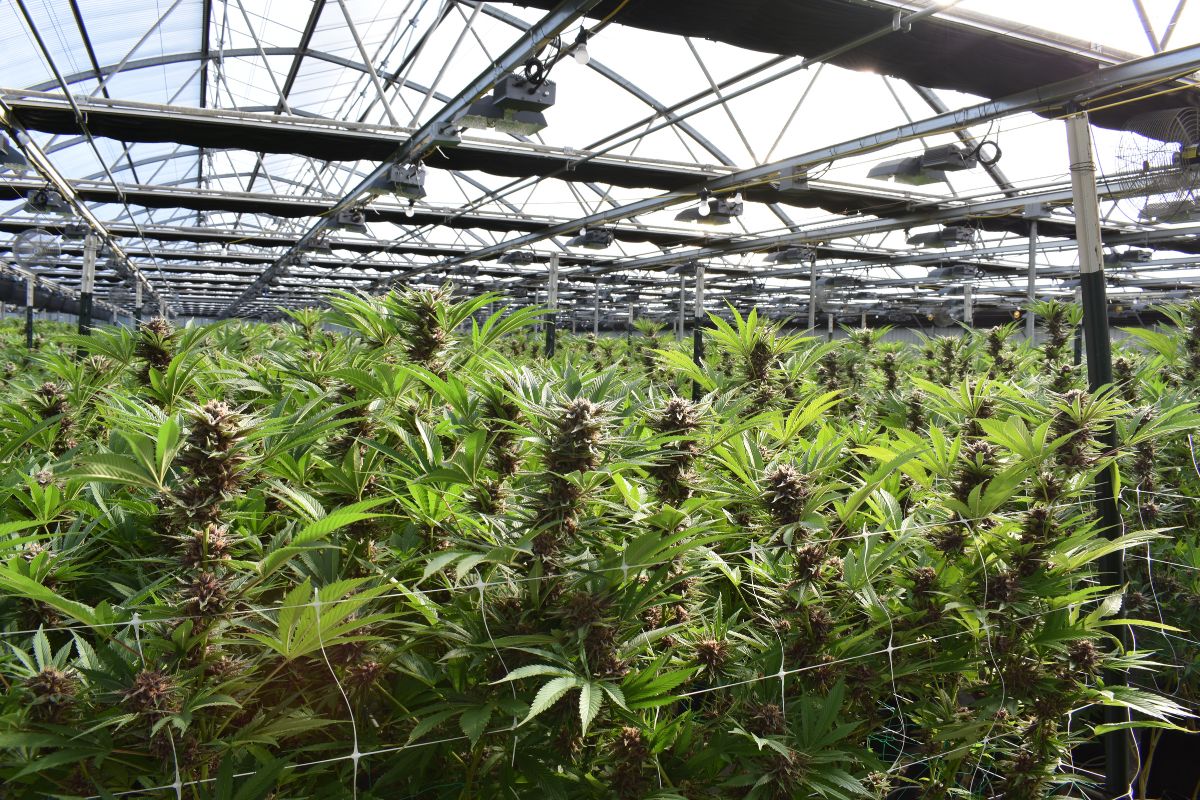 The global cannabis industry has been growing exponentially for years and years. In 2021 alone, it is estimated that the industry had a market worth of $25 billion. And, this growth is expected to continue to projections that it will grow at a CAGR of 32.04% through to 2028.

Whilst these numbers are impressive, there is still a huge scope for improvement. Although the use of recreational cannabis is legal in 19 states, 31 are still yet to do so. However, experts believe that these numbers will increase rapidly over the next ten years or so.

In fact, lawmakers and prominent groups in most states are fighting for drug reform. If the forecast is correct, then the global cannabis industry could skyrocket.

Even if no further legalization occurs, the recreational and medical marijuana industries are expected to grow at a 33% annual rate from 2020 to 2024. As of 2022, this estimate seems to be correct.

If you’re looking to invest in the cannabis industry or want to work in it yourself, it’s important to research the largest marijuana companies currently in the world.

In today’s article, we are going to find out the 10 most successful cannabis companies worldwide and discover why they have become so prosperous.

Let’s get down to business.

Let’s start by taking a quick look at the cannabis industry to get a better idea of the revenue it creates and more.

The World’s Most Successful And Largest Cannabis Companies

Since it was established in 2012, Harvest Health has mainly sold medical marijuana, but the company continues to establish partnerships and change its business strategies to reach into the recreational cannabis market, too.

The primary brands associated with Harvest Health are Evolab, Modern Flower, and CO2LORs, which are some of the best-selling marijuana brands in Florida, Colorado, and Arizona.

Harvest Health also puts on many initiatives with local charity groups and the community, with the hope to attract more customers. One example is a monthly seminar to reach customers about the health benefits associated with marijuana.

Founded in 2013, Canopy Growth was originally named Tweed Marijuana Inc. in 2015, it merged with Bedrocan Canada and rebranded.

This company was the first federally regulated, licensed, and publicly traded marijuana company in North America.

Before recreational cannabis was legalized in Canada in 2018, Canopy Growth sold products that were for medical use only. Today, though, the company sells a wide range of products for both medical and recreational use.

Another Canadian company, HEXO is one of the largest marijuana producers in the country. In fact, it boasts over two million square feet of space to grow cannabis in Ontario and Quebec.

HEXO also distributes and grows cannabis throughout the world and owns facilities in Greece. Therefore, it can legally market cannabis products across Europe.

Launched in 2013, HEXO Corp was originally named Hydropothecary Corporation and specialized in medical marijuana. But, after the legalization of recreational cannabis in 2018, the company rebranded itself and started to produce recreational weed products.

Some of the company’s most popular brands are HEXO, HEXO Plus, and Original Stash.

Aphria is a distributor and producer of both recreational and medicinal cannabis worldwide. Although it is based out of Canada, it has sites in ten other countries, such as Germany, where it is the country’s largest distributor of medical marijuana.

In 2020, Aphria purchased SweetWater Brewing Company, becoming one of the United States’ largest craft breweries. And, a merger with Tilray, another cannabis-producing giant, was announced in late 2020.

The two firms aim to leverage the free trade status of Aphria in Europe and Tilray’s fame in the U.S. to become a global leader in the cannabis industry.

Innovative Industrial Properties Inc focuses on the sales and leasing of land and facilities needed to grow marijuana products.

As of 2021, the organization owned around 2.4 million square feet of land to rent across the states of California, Arizona, Massachusetts, Colorado, New York, Ohio, Maryland, and Pennsylvania.

At any given time, Innovative Industrial’s properties are nearly always 100% leased out with the usual lease term being 15 years.

Cresco Labs produces and sells recreational and medical marijuana products across nine states in the U.S. It sells many of these products through a range of subsidiaries that it owns.

Acquiring VidaCann in 2019, Cresco Labs has since had access to marijuana locations in Florida.

To this day, Cresco Labs acquisition of Origin House in 2019 remains the largest public company acquisition in the cannabis industry. This allowed the company to have access to Origin House’s 500 existing dispensary locations in California.

This multinational cannabis and pharmaceutical company is operated primarily in Canada. It sells both recreational and medical cannabis via a range of subsidiaries and partnerships, such as High Park Company, Novartis, Authentic Brands Group (ABG), Smith Sinclair, and Manitoba Harvest.

Tilray was also the very first Canadian cannabis company to export medical marijuana to the U.S. for clinical testing.

Through these partnerships, Tiltray distributes and sells medical cannabis in legal markets worldwide. It has also allowed the company to gain access to CBD industries in the States and the United Kingdom.

A pharmaceutical and recreational cannabis company, GTI is a retailer that sells and distributes its products across 12 different states.

GTI operates 14 manufacturing facilities, as well as 97 licensed retail stores, employing over 2,300 workers. It also owns a large slice of braided marijuana products that it produces and distributes.

Some of its most popular brands are Dogwalkers (premium-brand ape), Rythm (pre-rolls), and Incredibles (best-selling edibles that are cannabis-infused in Colorado).

Trulieve is the largest medical marijuana company in the state of Florida, controlling over half of the state’s market. It has 1.9 million square feet of cultivation growing space and serves around 380,000 people.

Its product line is constantly being updated and it operates more than 500 stock-keeping units.

Trulieve also has medical cannabis licenses in Massachusetts, California, and Connecticut and boasts over 70 retail stores in the U.S.

The most successful cannabis company in the world right now is Scotts Miracle-Gro. But, you may know it better as one of the oldest lawn and garden supply companies the world has ever seen.

Most of the company’s revenue is made outside cannabis, but in recent years, Scotts Miracle-Gro Company has expanded into the marijuana industry and has grown in popularity rapidly since 2018.

Today, the largest cannabis company is Scotts Miracle-Gro Company, although most of its revenue is made from gardening supplies.

In the coming years, experts believe that the global cannabis industry will grow faster than ever before and become continue to be a lucrative investment for many.